A downloadable game for Windows

I'd been sitting on the idea of a game centered on using wind to pin a player against the wall as a climbing tool before the UE4 Jam began, but beyond the premise, all aspects of development (narrative, graphical style, gameplay elements, and programming, and theme of course) were handled only within the span of the Jam!

With the wind at your back, bound forward against gravity and expectations. You will be held against the wall, allowing you to reach new heights without fear!

Hold Spacebar to prepare to jump, and release to leap.
At the end of the game, press R to play again.
Press Escape to exit the game.

NOTE: One portion of the game does greatly require audio in order to hear a cue for an incoming obstacle.

Right-click on the .zip folder, select "Extract All", then in the newly uncompressed folder, double-click on the Windfall.exe application to play!

So it about Trans man discovering they are man? Or how would have hard time relating to their youth?

In short, yes, that is one interpretation that had crossed my mind!

In truth, the original narrative was very ambiguous- chasing a dream with the help of support and faith, and despite the loss of support or faith over time and change, what the dream stands for is never out of reach- but on about day 3/4 of the jam, as I was thinking about the metaphor and whether it was coming together mid-development, it occurred to me just how well a transgender narrative seemed to make sense with what was visually depicted!

I'm kind of ashamed that I hadn't designed for that in the first place, since it works surprisingly well in hindsight, but since I'm not an authority nor experienced person for the topic, I think I'd rather leave it undecided so that players can perceive that notion and own it for themselves!

Since I can't say that I'm trans myself, I wouldn't want to lead a story that wasn't personally validated, or worse, one that was potentially disruptive: for instance, the ending of "coming back home" in the finale cannot be a reality for some transgender people who are ejected from their families, and the game's theme of "transformation" might incite negative stereotypes about elements of transgender lifestyles and choice. Ultimately, I'd hope that a transperson could find value in the span of this tiny game, but I wouldn't want to prescribe that to the player! Here's to hoping it helps someone!

(and hey, thanks for the feedback! I greatly appreciate it!)

Years later, I can come back to this with the realization that I am, in fact, transgender (non-binary genderfluid, exploring). Funny how that works! 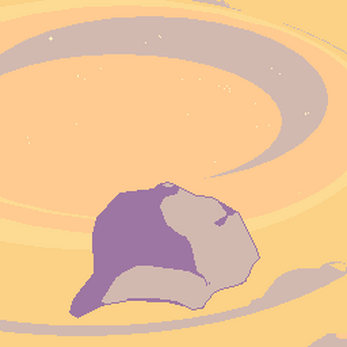